Centenary of the First World War

On 4 August 2014, the Australian War Memorial will be launching the Roll of Honour Soundscape project, one of the many projects commemorating the Centenary of the First World War.

The Roll of Honour Soundscape will enhance the iconic Roll of Honour in the Memorial’s Commemorative Area, while retaining a respectful and solemn experience for visitors.

An online web application is currently being developed for the involvement of schools who have not been able to participate in the initial recordings. This online application can be run from any computer using Google Chrome and invites students of all ages to participate with teacher guidance. Though the website schools can register to be a part of this centenary initiative by following the link and filling in the centenary projects webform. 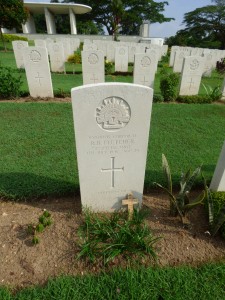 In early 2013, the Australian War Memorial assisted in the distribution of some 2,000 crosses on which Australian schoolchildren had written messages of hope and thanks. These crosses have since been placed on the graves of First World War Australian soldiers overseas.

The concept for this project originated in late 2010, when a group of individuals based in Australia and Britain sought to pay their respects to those who had died while on active service, by placing a small wooden cross on war graves across former Western Front battlefields of Belgium and France.

The Australian War Memorial will broaden this project over the Centenary years, 2014 – 2018. It plans to draw on the commemorative experiences of schoolchildren visiting the Memorial by capturing, in the students’ own words, their individual reflections on those Australians who have sacrificed their lives in war and other conflicts. These thoughts will take the form of short messages on small wooden crosses, which the Memorial will arrange to be laid throughout the Centenary period on war graves and memorials where Australian servicemen and women are buried in countries such as Turkey, France, Belgium, Malaysia, Singapore, Greece, South Africa and the Middle East.

We have now had these crosses manufactured, including the Memorial Centenary Logo. Schools participating in the ‘We will remember them’ commemorative school programme at the Australian War Memorial which is suitable for primary and secondary school students have been able to and will continue to participate in this Centenary project.

Alternately, the Memorial is also more than happy to provide crosses to schools or community groups that are unable to visit the memorial during the centenary period to undertake this activity in their local communities.

Crosses are blank and can be made available via request to all schools not just those who attend the memorial’s education programs. Though the website schools can register to be a part of this centenary initiative by following the link and filling in the centenary projects webform.